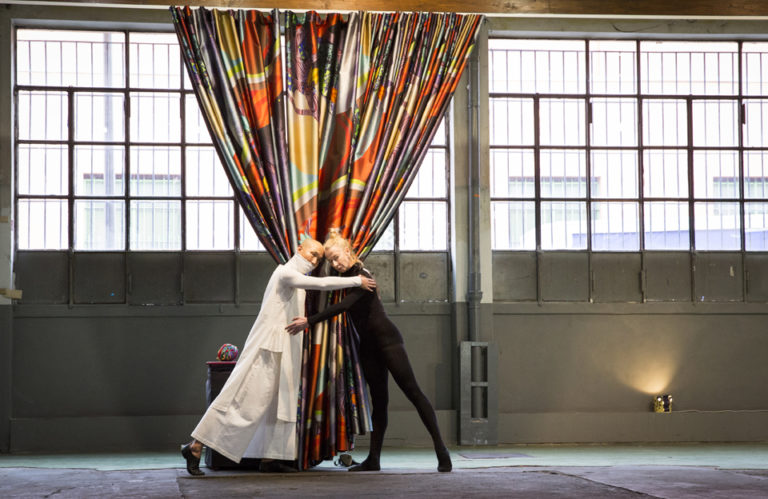 On the occasion of the exhibition 1+1+1, dance performers Sarah Taylor and Yong Min Cho will create a site specific piece responding to the works of the three authors Johanna Grawunder, Christoph Hefti and Antoni Malinowski. The visual art will be a generator for the body movement echoes.

Yong Min Cho
Studied architecture in South Korea, scenography at the Brera Academy of Fine Art, Milan and dance at the Civica Scuola di Teatro Paolo Grassi in Milan. Then he moved to Venice to work with Carolyn Carson at the Academia I’sola Danza and as an independent dancer at the Centro Teatrale di Ricerca Venezia. Since 2005, he has been living and working in London realising projects in the UK, Europe and South Korea. During 2014 he was artist/choreographer in residence at Asia House London.

Sarah Taylor
Sarah Taylor trained as a dancer in Melbourne at the Australian Ballet School and graduated from the Académie de Danse Classique Princesse Grace de Monte-Carlo. She was a maître de ballet for the ballet ensemble of the Teatro Verdi in Trieste, for the Ensemble of Micha van Hoecke, for Komische Oper Berlin and Balletto di Toscana. She was also a lecturer for Deutsche Oper Berlin and Arena di Verona, where she was also the assistant of the choreographer Fabrizio Monteverde for the preparation of the ballet “La Tempesta”. From 1998 to 2009 she was a teacher and assistant for Gelabert Azzopardi Dance Company. He has also collaborated with the Graz University of Technology and with the electronic music department of the “G. Tartini “from Trieste. Since 2010 he has collaborated with the company of the Ballet of Rome as a dance master maitre de ballet and repeating assistant guest choreographer.