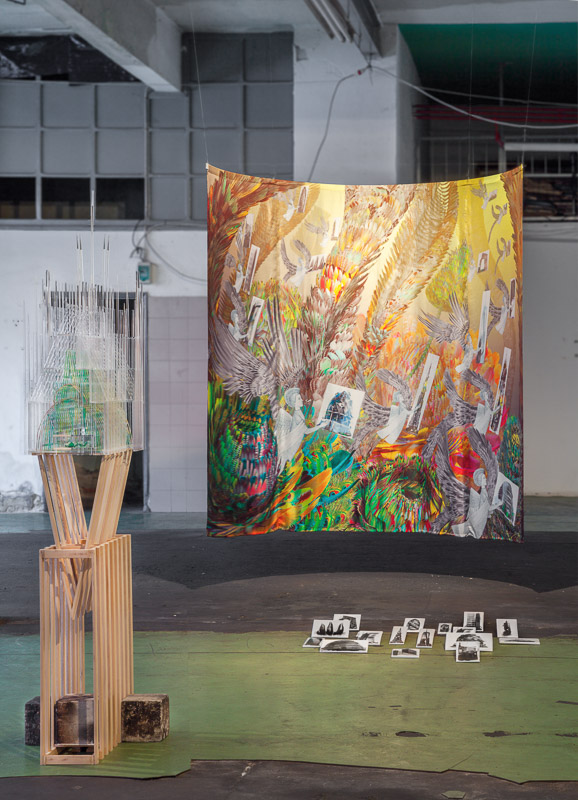 The project, exhibition and publication focus on today’s glass architecture seen through a retrograde filter: the crystal-glass utopia that distinguished the expressionist architects who gathered around the figure of Bruno Taut (1880-1938).

* On todays glass architecture as seen through a retrograde lens.
* On the early 19th century crystal-glass utopia or rather German architectural expressionism and it’s current revival.
* On Milan trying to catch up and keep up the pace, but Milan isn’t Taiwan, Taiwan isn’t Dubai.
* On the sex appeal of architectural renderings, failing building contractors, architectures sparkling like pyramids, surrogates of virility and symbols of power.
* On shattered glass and nefarious hands.
* On fiction, simulations and falsification (as long as the scrupulosity is that of the forger).

The project, exhibition and publication focus on today’s glass architecture seen through a retrograde filter: the crystal-glass utopia that distinguished the expressionist architects who gathered around the figure of Bruno Taut (1880-1938).

Starting points are four stories by Paul Scheerbart (1863-1915), writer, visionary essayist, inventor, forerunner and instigator of the so-called Gläserne Kette (Glass chain a.k.a. Utopian Correspondence) group of expressionist architects. Scheerbart strongly believed that architecture had the capacity and the moral obligation to work towards a radical renewal of human civilization. The instrument of this transformation was to be the replacement of the grimy brick with the brightness of glass architecture. Scheerbart’s four stories form the pretext to orchestrate a visual and verbal play of cross-references between the architectural expressionism of the early twentieth century and contemporary glass architecture – with a particular reference to the city of Milan and its recent urban evolution.

The exhibition includes large-scale 3D renderings of urban landscapes, drawings referring to fictional and historical events, a maquette in plexiglass, and sculptural tables, all intertwined with both textual and photographic fragments. Like a puzzle or also like the literary format of Chinese boxes the installation set up by Daniele Maffeis taints and loses itself in continuous references between past and present, in an uncertain balance between historical accuracy and counterfeiting, between archival rigor and simulation.

The project and exhibition are greatly enriched by the extraordinary participation of Takashi Sagishi, connoisseur of the works of Scheerbart. Sagishi will hold a public lecture on Thursday 8 October 2015 at 6:30pm upon the occasion of the opening of the exhibition. Furthermore, a relatively small but impressive historical retrospective centered on some architectural and literary topoi recurrently featured in the production of the various exponents of the glass utopia: Architectonic Apocalypse; Architectonic Metamorphosis; Heroism and Erotism of Building. The historical retrospective is the fruit of a collaboration between Takashi Sagishi (curatorship and archive documents) and Daniele Maffeis (installation).

The exhibition will be accompanied by a publication containing the four narratives by Paul Scheerbart. Published by Kunstverein Publishing, Milano.