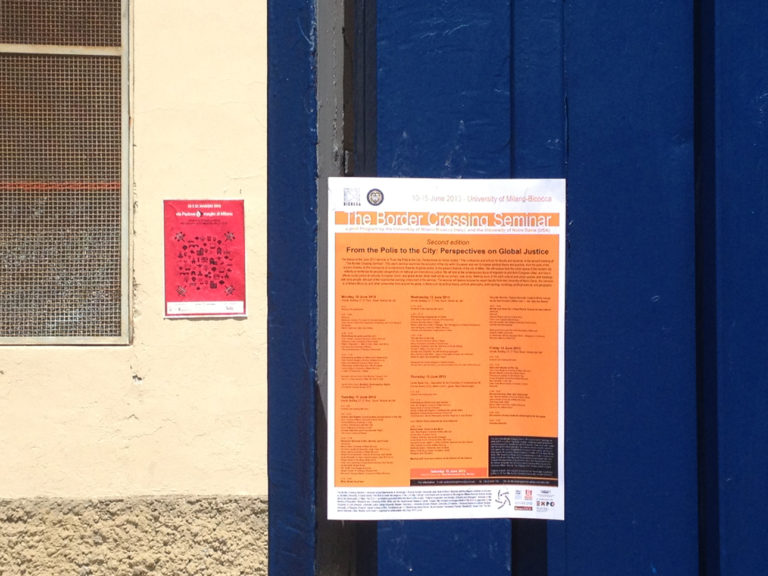 The Border Crossing Seminar (BCS) is an annual, week-long interdisciplinary and international conference and summer school for graduate students and faculty in political theory, political philosophy, and the social sciences. The themes of the BCS center around questions of global justice, including the issues of cosmopolitanism, inter-cultural dialogue, and human rights.

The 2013 Border Crossing Seminar examines the evolution of the city within European and non-European political theory and practice, from the polis of the ancient Greeks, to the cosmopolis of contemporary theories of global justice, to the present diversity of the city of Milan. We will explore how the urban space of the modern city reflects or reinforces its peoples’ perspectives on national and international justice, including issues such as migration, disability social rights, and gender discrimination.