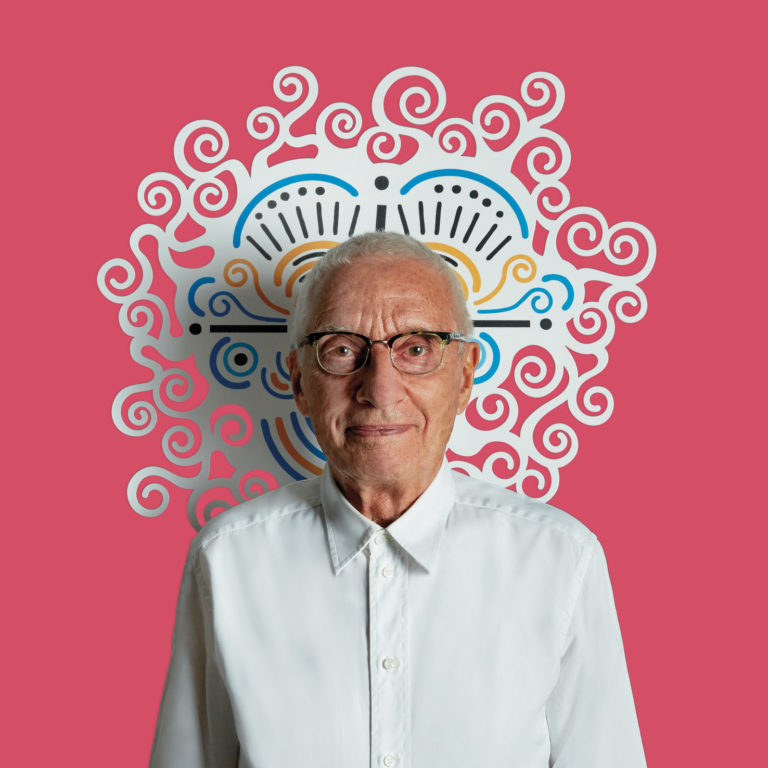 The Groninger Museum building, designed by Alessandro Mendini himself, turns 25 this year. A great exhibition celebrates the Italian master who gave the city of Groningen its recognizable landmark.

The exhibition was curated by Mendini and it displays not only his own work but also a selection of other artists’, whose work was for him a source of inspiration. More than 200 objects, including a three-meter-high version of the famous Proust Armchair. These objects represent the designer’s creativity and humour, and trace the imagery he took inspiration from.

Also Pierluigi Calignano showcases his work in this exhibition: Scultura 2 (2007) is a large size oeuvre made of beech wood and more than two meters high with lights. The work is part of Assab One’s collection.