a project by ISIA Faenza
curated by Andrea Anastasio

a project by ISIA Faenza
curated by Andrea Anastasio 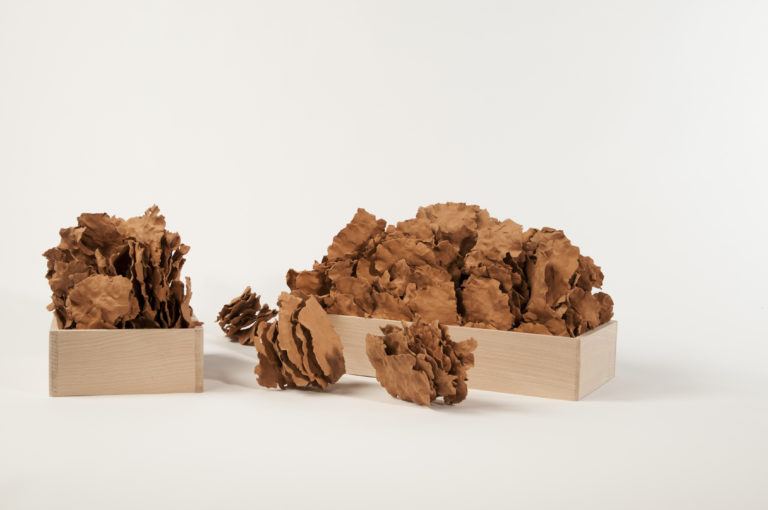 During the Milano Design Week 2018, ASSAB ONE hosts a special project by ISIA Faenza curated by Andrea Anastasio.

WORK
a project by ISIA Faenza
curated by Andrea Anastasio

The university of design and communication ISIA Faenza is presenting for the Milan Design Week the exhibition WORK curated by the well-known designer Andrea Anastasio at the Assab One space. 15 projects will be exhibited by 15 ISIA students who took part to the ceramic workshop conducted by Anastasio. The exhibition will have an original exhibition display designed by Anastasio for Assab One and will be accompanied by a catalogue with texts by Andrea Anastasio, Chiara Alessi, Giovanna Cassese and Marinella Paderni, which will be presented at the end of Sunday 22 April.

The exhibition and the catalogue are a precious opportunity to enhance the best production of young designers in training in the design and art system, fully responding to ISIA’s institutional mission and its recent cultural policy of collaboration worldwide.

The educational and cultural activity of ISIA Faenza is strongly rooted in the territory and for this reason an important space in the teachings and in the life of the students is dedicated to ceramics, thanks also to the practical laboratories – a unicum of the Italian universities, where the study of design goes hand in hand with the manual and now also digital production of the product.

The laboratory was structured in a way that the students could approach the ceramics in a direct way and could only generate a project at a later time, after having experienced the material in its plastic characteristics and its aesthetic values. During the material experimentation, the students were invited to listen to their reactions to the difficulty of acting without a preconceived scheme and to make the project pass both emotional responses and the intuitive dimension generated by direct learning.

In the path developed with the students, Anastasio led them to compare an archetypal object of ceramic production, the vase, emphasizing its anthropological aspect, more than the formal one. In this way, they were able to reflect on the symbolic and ritual meaning of “bringing nature into the home”, deepening the very idea of ​​care for nature and relationship with the landscape. Learning to design, to identify a poetics starting from the material and the physical-emotional response experienced in the process, has allowed the students to observe the formation of a thought and its materialization in an object, in an upside-down path, originated from the direct experimentation with the matter and the gestures suggested by it.

The WORK project also gives rise to a further reflection on the possibility of combining single piece and serial production and on the compositional methods of art and design, themes that for many years characterize the research of Andrea Anastasio and as well as ISIA Faenza new study plan.

Since its foundation, ISIA Faenza has been operating in the field of advanced design training and today, thanks to the new governance of Giovanna Cassese and Marinella Paderni, it is developing an increasingly close dialogue between training, research, production and for the dissemination of design culture in the most varied fields, from product to communication, to ceramics and fashion, to environmental and ecodesign, to cultural heritage, to digital fabrication and to the phenomenon of makers. Not only education – theoretical and practical – for ISIA Faenza, but a consolidated system of relationships that put students in contact with all the players in the design system, both in the Faenza territory and with Italian and international designers and artists, organizing workshops, shows and public talks.