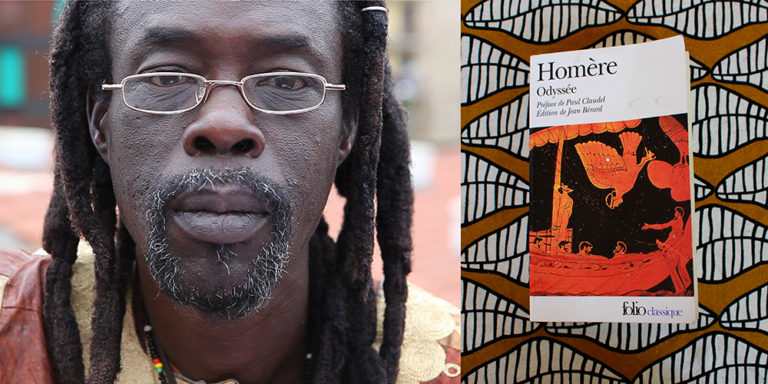 In Milan, in via Padova and surrounding areas, 12 readers of different nationalities read verses from the 5th chant of the Odyssey in their mother tongue. Homer’s words, printed in the various languages and diverse alphabets, have journeyed to us and become a chorus which gives a voice to the many worlds inhabiting this city.
The 12 video recordings were shown in the area of via Padova from the 15th of February 2011, hosted each week by a variety of venues, such as shops, bars or restaurants. The publications of the Odyssey in the various languages spoken by the inhabitants of the via Padova area are now part of a permanent installation at the Crescenzago library: a dedicated shelf houses the Homeric poem in Albanian, Arab, Bengalese, Chinese, French, English, Italian, Portuguese, Russian Spanish, German and Turkish. With time editions in more languages will be added.

Assab One per Via Padova è meglio di Milano