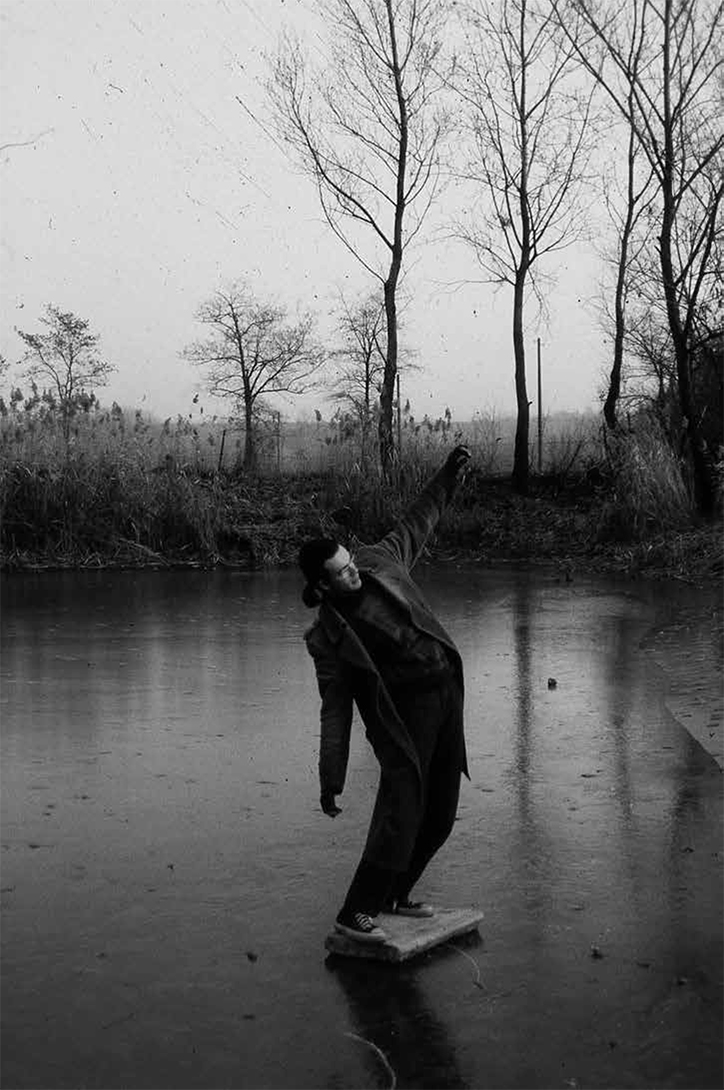 OPENING HOURS
From 29 January to 2 April,
Wednesday to Friday from 3 to 7pm,
Saturday 2 April from 4 to 8 pm

OPENING
Saturday 29 January from 4 to 8pm

Access with Assab One 2022 membership card (€10) and proof of vaccination (Super Green Pass).

Il sorriso si ferma quando vuole (The smile stops when it wants) is a typical game fluctuating between time management, maintaining posture with the mischief of too much awareness, wasted in reaching one’s goal – in this case victory – overlooking multiple and alternative paths that would nevertheless lead to a smile.

Characterised by these elements to the point that it seems settled already even before beginning to play, yet smiling is not only a means of exhibiting cordiality, but also a means of disguising, and it is precisely in that which is not shown, in what is kept below or at a distance, which articulates a plot so compelling and unruly that it becomes one of the most famous games and has always been on everyone’s lips.

A vital characteristic that a good player must develop is the ability to remain poised as much as possible, and with it its ambiguous nature is always hanging in the balance, agile and contradictory, yet contemporarily provocative and discreet, as mysterious as it is iconic. During the game, the players must furthermore avoid certain actions, and many others that can invalidate their choices, reversing the result.

Il sorriso si ferma quando vuole is, of all things, the game that offers the most freedom of movement. The aim is to smile intensely, but not too much, to the point of leaving a memory of having smiled for something else or having not smiled at all.

Gianluca Codeghini (Milan, 1968) graduated in Painting at the Academy of Fine Arts Brera, followed by attending courses in Electronic Music and Semiotics in Bologna and Milan.

Starting from the first musical and performance projects from the 1980s up to the most recent works, Gianluca Codeghini investigates concepts and processes in which the relationship with and between the public is fundamental, triggering short circuits, tensions and provocations as discreet as they are undisciplined.

INTO THE NOISE is an Independent Festival dedicated to Noise, a variety of continuous, superimposed and background listenings.

Noise acts in between cracks and doesn’t stop, it proceeds, overcoming its anonymous nature, beyond its connotation of progression becoming aesthetic, ironic, dynamic, psy- chophysical.

Noise’s contemporaneity is found to be a continuous being, in power inside and outside the action of listening, to the point where it leaves behind itself the doubt of having liste- ned to something else of not having listened at all.

During the day festival live and streaming performances will take place, together with installations and video projections.
The Festival gives the opportunity to have a plurality of continuous listening sessions, superimposed and as a background.

Taking the floor seems to be an instantaneous act – a silence is broken, an utterance is formulated – but it is not an automatic act, not simple confirmation and strengthening of existing opinions, not promptness and recognition of intervention. Do we remember what it once meant to speak in public, in a democratic confrontation? Many factors took over to better communicate one’s ideas, it took emotional control, an ability to translate an intuition or reflection into an effective discourse and in a new form.

We want to re-establish a link between word, thought and action and restore importance to that deeply democratic way of speaking, of engaging in the word and in what remains of it. It is not a question of militancy but of the exercise of the word in concrete and not predetermined areas, an exercise that goes in the direction of a game of pluralities and then returns to the one until leaving in the memory the doubt of having lived so much a bond of sense as much as dissent.

INTO THE NOISE, INTO THE WORD, INTO THE WAR… how much anticipation is there in these titles chosen by Gianluca Codeghini for the events at Assab One? Inside! With feet on the plate, even. Starting from the exhibition’s title: Il sorriso si ferma quando vuole. On the suspicion of laughing or not laughing at all. The flip is in the last. And it could not have been riskier than that, after the invasion of Ukraine, with a title representing the condition of being, actually, in a war.
Warburghiana is a reflection’s space on the meaning of art in this context, and on the significance of signs and gestures.