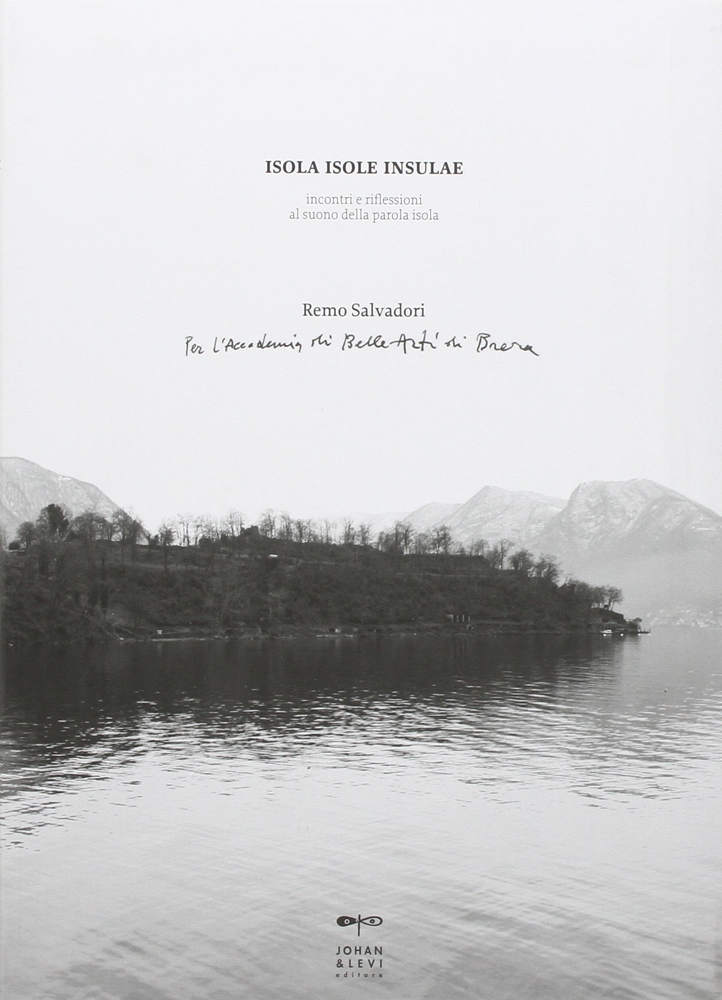 It was a highly efficient four-color printing machine and along with others that stood next to it, it produced thousands of 100×140 cm large format prints.

Today Roland Ultra stands silent and still in an empty warehouse, alone on a huge, wrinkled, green, concrete floor like a great rock, a stack.

The visitors observe it, moving around it. Those who are more adventurous climb up the wooden steps onto the platform, to examine its exhausted mechanics. From this position they can view the 360° landscape surrounding them: walls marked by time, firstly by the workers’ service communications, and then the traces left by artists, colored pipes and wide windows facing the city.

Following a conversation with Remo Salvadori, the Roland Ultra, has become an island which can be found in Milan, at Assab One, in what was once the book printing factory, Gea; today it is an independent exhibition space, a port that takes its name from the street entrance –named after an existing African port – and where, for the last ten years, artists and their projects have landed and sailed off. Outside, the horizon is the city.

Off shore and beyond the island, which is also a totem and the genius loci for those who work in the space, Salvadori’s wise and singular initiative is taking shape. A metaphorical construction site reminding me of the Cantiere in San Quirico d’Orcia in 2003, offers the students of the Accademia di Brera’s Visual Arts Master Course, an experience – both individual and choral  – which is the conclusion to a practical and theoretical itinerary, inviting them to open their vision and attempt to enter into unprotected spaces. For me it is a new wave of energy, into which I’m delighted to immerse myself.