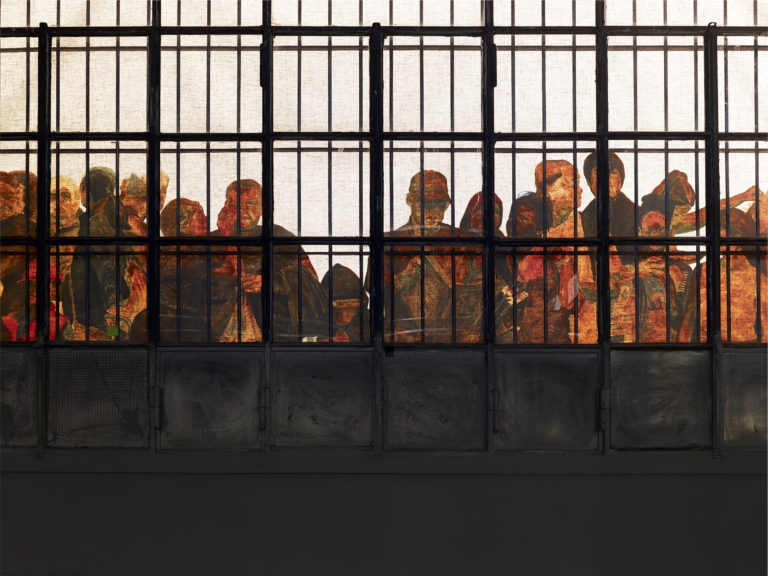 Extract from the book

“One of the many aspects that connects me to the work of Marta Dell’Angelo, and makes it very timely, is the advent of constant artisticanthropological research on the central character of the body. The forms of expression practiced by Marta over the years, such as painting, photography, video, performances, installations and visual writing of books, share a single strategic function: to fathom the depths of the body-universe, probing and experiencing its different expressive potentialities. The human body is the true “palette incarnate” used by Marta Dell’Angelo to ask questions about identity, the other, coexistence and freedom.”

“The first thing that strikes any observer is the leading role played by the body, or bodies. There are lots of bodies, often clustered and quite bare, bodies that display themselves, bodies young and old, of men and women. As often, as always happens to bodies, they assume positions, make gestures and movements. And these positions are of all kinds: holding the head, scratching, removing or donning garments, stretching, reading the paper. Some eat, listen to music, and I could continue with the list, specifying a position for each of these bodies.”

“If the sheets tacked to the wall are reminiscent of Warburg’s technique for the panels in his Mnemosyne Atlas, it is easy, then, to establish relationships between the Caryatid and Atlas, as condemned characters: she, by men, and he, by the gods, to a necessary supporting function, too onerous, punitive.”

“I believe her work speaks of identity – not of gender, social, adult, political, transgressive identity, but it speaks of the construction of identity process. From the very early stages of human life, we begin to have a sense of our existence in relation to another body, the mother’s body, which, for the child, coincides with the world, but is as well, borrowing Freud’s expression, a «dark continent».”

“In 2019 at Assab One, in the exhibition Afrodite A , Marta Dell’Angelo distributes the many and different paths of her research, here the Collage Vivant , with photographic cut-outs of legs, arms, feet, hands, act as a counterpoint to the sky appearing from under the roof. They enter the atmosphere in which we are all immersed and that we all contribute to produce. An invitation to breathe together with Marta’s figures, and to balance the Art’s body with our own.”

Marta crosses the whole city on a bicycle, pedaling very fast, speeding through the traffic as if it were part of a race, from Barona to Via Passione, Via Passione to Via Assab and back.

Marta goes fast and if the bicycle isn’t quick enough there is the scooter, though only once in a while, when time is short or she really feels tired. But Marta is never tired. Marta is unstoppable, she can never get enough of her work; and this is how she took over all the possible spaces of Assab One.

She has inhabited them in different but coherent ways, caressing them with thousands of A4 sheets of paper, made them resonate with unexpected voices. She has made them into a gallery, a collection, a playground, a worksite, surprising, lively, silent. She has used them with skill and let them absorb her with faith and conviction.

The first time I met Marta was almost twenty years ago. Also on that occasion, she arrived by bike, carrying a ladder she had brought with all the tools required to install her works in a group show. She seemed like a trooper. I thought: I like this woman.

Marta is self-sufficient, more than any other person I know, but then many people seem to gather around her, friends, helpers, supporters, people with whom she has established a profound dialogue, of all kinds. She is independent but she creates connections.

Marta – tireless – cooks delicious things in her homestudio, a place to talk about philosophy or psychoanalysis or neuroscience, sharing the space with works completed or in progress, commenting on the flavor of the trofie al pesto or the quiche, conversations that intersect and become parts of a single experience. A bit like what happens in her Manuale della figura umana : dozens of fragments, drawings, phrases, cut-outs, photographs without signatures, without dates, combining in an immersive, seductive rhythm in which you then discover that everything jibes, nothing is random.

In my imagination, if she were not an artist Marta Dell’Angelo would be an athlete. So it is not by chance that her work focuses on the body, nor that in her exhibition at Assab One – which someone has defined as “museum-like” – there are divers, gymnasts, swings, paintings that represent limbs in action. Marta is an athlete of life, one who has chosen to strive to the fullest, to constantly test her limits, to always take chances. Even if there is no assurance that in the end there will be a trophy or a medal to confirm her value. She knows it, and we see it.

The focus of Marta Dell’Angelo investigation is centred on the human body-its gestures, its postures- and embraces neurosciences and anthropology insights. As an artist she uses and masters many different languages, from painting and drawing to video and photography, to installations and performances. She has taken part in the Moskow Biennale (2004), Tirana Biennale (2009), Thessaloniki Biennale ( 2013), the first Triennale dedicated to contemporary art of Armenia (2017). Her works have been exhibited in several galleries amd museums in Italy and abroad: in Milano at PAC Padiglione di Arte Contemporanea, at Palazzo Reale, at Palazzo delle Stelline, at Museo del Novecento, at Mediateca di Santa Teresa, at the Triennale, in Rome at MACRO; in Gallarate at MAGA, in Bolzano at Museion, in Torino at Fondazione Sandretto Re Rebaudengo, in Bologna at MAMbo and at Nosadelladue, in Camogli at Fondazione Remotti, in Genova at Museo di Villa Croce; in Florence at Srisa; in Venezia at Palazzo Fortuny; in Berlin at Medizin Historisches Museum, in Madrid at Istituto Italiano di Cultura, in Bruxelles at Fondaco, in San Francisco at Istituto italiano di Cultura and at CCC. She has published the books Manuale della figura umana (ed. Gli Ori, 2007) and, in collaboration with Ludovica Lumer, C’è da Perderci la testa (ed. Laterza). Her works are present in several private and public collections. 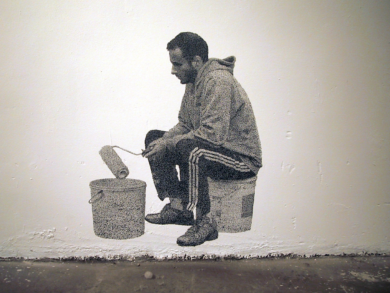 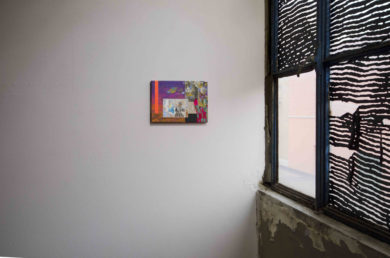