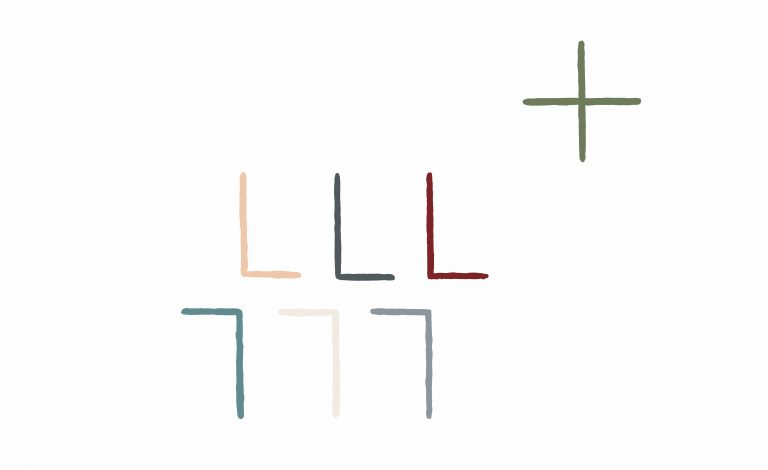 The fifth edition of 1+1+1 continues with a dialogue between three authors who are once again asked to share the space. It is a call to reflect on what it means to “create” today. There is indeed a tendency to always look at the New. “Are you working on something new?” is often asked. What if, for once, the focus was not on the new? What about the existing? Or the everyday?
Three installations that speak of care and attention and of a different, non-invasive way of inhabiting the world.

Claudia Losi (Piacenza, 1971) explores social interactions, twists of human sensibility and complexity of natural phenomena with a multidisciplinary approach where philosophy and literature are combined with science, sociology and anthropology. Losi’s practice includes participatory objects and performances as well as drawing, photography and sculpture. After her studies at Accademia di Belle Arti di Bologna, Italy and at University of Bologna, school of Foreign Language and Literature, Losi showed in Italian and international institutions.

Andrea Caretto (Turin, 1970) and Raffaella Spagna (Rivoli, Turin, 1967) have been working together since 2002. Their artistic activity stems from the desire to investigate multiple dimensions of reality through the exploration of the complex web of relationships from which things emerge, establishing and re-establishing a relationship with the ‘the other’ in an exercise of attention and care. Caretto/Spagna’s practice is based on an attitude of “presence” and experience in the world, in the attempt to reposition ourselves, as human beings, by moving away from the centre to listen to other subjects, living and non-living. Caretto/Spagna are among the founding members of the associations Progetto Diogene, Turin, Italy and Pianpicollo Selvativo – research centre for arts and sciences, Levice, Turin, Italy. They regularly collaborate with IRIS – Interuniversity Research Institute of the Universities of Turin, Brescia and Aosta and Faculty of the Education Science of the University of Turin, Italy. They are also artistic consultants for Munlab, Ecomuseo dell’argilla, Cambiano, Turin, where their studio is located as well.

Federica Sala is an independent curator and design advisor. She has been formed in the design department of Centre Pompidou. While back in Milan in 2008 she started to collaborate with Fabrica, miart, 5VIE Art+Design, Airbnb, Vogue Italia, Cassina,… In 2018 she curated, with Patricia Urquiola, the exhibition ACastiglioni at Triennale di Milano. Is now on show the exhibition about Giulio Castelli for the new ADI Design Museum. She is a contributor for various magazines and she has a montlhy colum on Interni. Soon will be released a publication for Rizzoli International.

Elena Quarestani, editor and journalist in a previous life, has conceived, developed and edited magazines, encyclopaedias and limited edition works. It was only after her first exhibition in 2002 – considered a one-off event, a rite of passage for a former printing press establishment – that she decided to merge her passion for art and the building that hosted the family business.