To buy, please proceed onto Paypal writing ‘KAN’ or write to info@assab-one.org

DELIVERY FEES
Milano €5 or pick up for free
IT €10
EU and UK €20
For XL packages and for rest of the world deliveries please contact info@assab-one.org 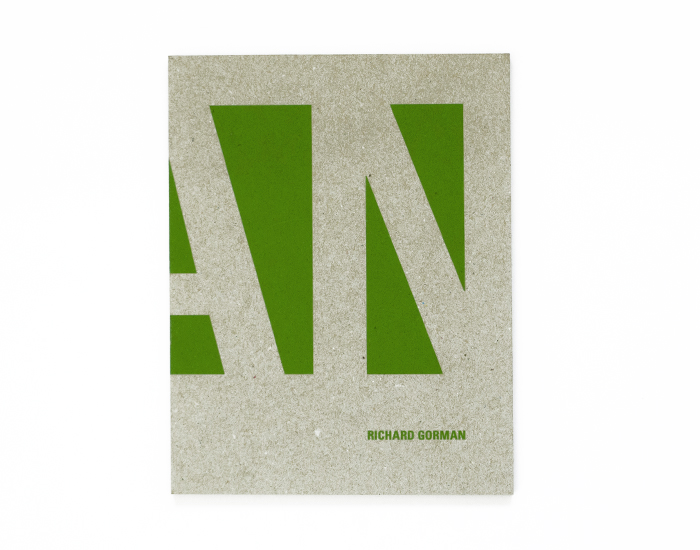 Published on the occasion of the exhibition Richard Gorman, KAN, held at Assab One (28th November – 18th December 2015) and thanks to a contribution from the Josef & Anni Albers Foundation. The book introduces the series of nine oil paintings made by the artist in 2015, with texts by Nicholas Foz Weber, Director of the Foundation, and Pierre-Alexis Dumas, Creative Director of Hermès.

Richard Gorman grew up in Ireland and has lived and worked in Milan since the 1980s.

At that time, having abandoned the figurative residues of his first paintings, Gorman’s work became animated by the dynamic rhythm of a surface marked by lines slipping and sliding frantically across the canvass.
In the 1990s the role of lines retracted, leaving space to colour: ever since then his work draws its strength from the compositional tension created between irregular blocks of colour that become increasingly prominent and simplified and, over time, turn into his principal form of creative research. His extended and frequent travels to Japan have significantly influenced his working method and choice of materials. A clear example of this are his large scale paintings on hand made washi paper, undertaken in the far east of Japan in 1999, 2003, 2008, 2015 and 2017.

Gorman has shown his work regularly worldwide since the mid 1980s at the Kerlin Gallery in Dublin, as well as in London, Milan and Tokyo.

In 2014, Gorman became the first Irish artist to design a carré scarf for Maison Hermès. His drawings were used for the men’s Autumn/Winter 2015 collection and are displayed in the iconic Japanese Hermès department store in Isetan, Shinjuku, Tokyo.