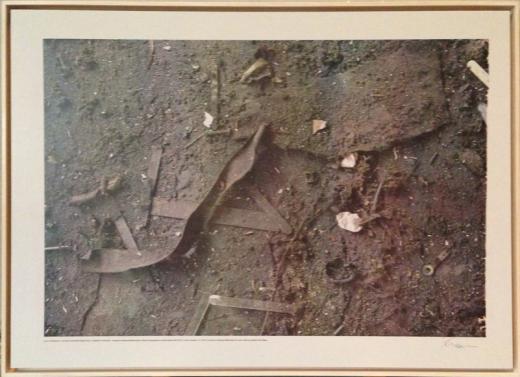 A series of offset images printed on Indian cardboard in Manmad on the 31st December 2012 and presented on the occasion of the exhibition IL VIAGGIO DI ROLAND ULTRA (2013). Ten years after switching on this glorious printing machine for a performance at Assab On in 2002, Luca Pancrazzi pays further tribute to Roland Ultra after it was given a new lease of life in India following a long journey.

Luca Pancrazzi, lives and works between Milan and Pieve a Presciano, a small commune in Tuscany, better known in the contemporary art world as La Filanda (www.madeinfilandia.org). He is a militant artist, in the sense that he never stops creating even while cooking. He uses different means of expression including technological ones, but paper and printing have always been integral part of his artistic universe. He has a special relationship with Roland Ultra, since he was the last person to operate it for printing his work Polvere contemporanea in 2002. At Assab One he has taken part in two exhibitions curated by Elio Grazioli, Polvere d’arte and Collezionismi and also at one point left his colossal Maseratirundum piece stationed in Assab One for a couple of months. In 2017 he took part in the artist’s collective Il pittore e la modella. Il rumore dello sguardo o il corpo che guarda at Assab One.